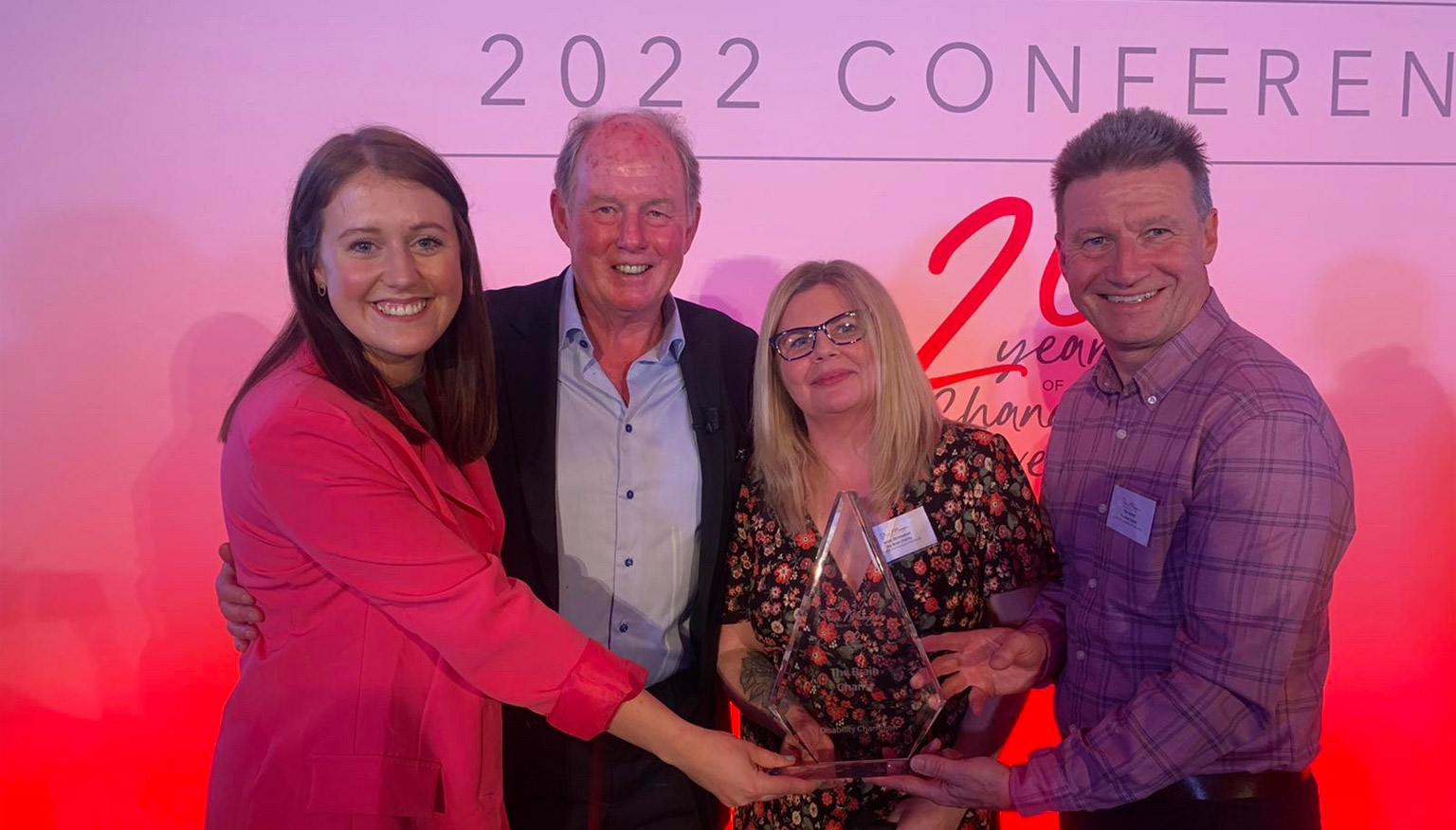 We were named Disability Champion by Steve Morgan CBE

We’re thrilled and humbled to have recently received two prestigious awards – and a £40,000 grant.

The Brain Charity was recently named Disability Champion at the Steve Morgan Foundation 20th Anniversary Awards, which celebrated the best of the third sector across Merseyside, Cheshire and North Wales.

A record 337 entries were submitted from charities across 11 categories, with nearly £200,000 in prize money distributed.

Our Head of Communications and Fundraising Tui, treasurer and trustee Tim and Peace of Mind Project Officer Nikki (all pictured above with Steve Morgan CBE) attended the conference on behalf of The Brain Charity and received the award.

The Brain Charity received a £5,000 prize, which will be put towards equipment for our soon-to-open neuro-gym and reducing our counselling service’s waiting list.

A week later, we were announced Organisation of the Year at the Liverpool John Moores University Students’ Union Society and Volunteering Awards 2022.

We were over the moon that our volunteers Amber and Andrew (pictured left with supporter Naheed) could attend to represent The Brain Charity at the ceremony and receive the award.

The Brain Charity has also recently received almost £40,000 in funding from Global’s Make Some Noise to help us boost our counselling service and support our befriending team to make more weekly calls.

We were one of 60 small charities chosen because we make a big difference to the lives of disadvantaged people in the heart of our communities.

This grant will help us improve the vital emotional support we can offer everyone affected by neurological conditions, at an extremely difficult time for many people’s mental health post-pandemic.

The Brain Charity’s CEO Nanette Mellor said: “We would like to say a big thank you not just to our incredibly dedicated volunteers and trustees and our hard-working staff, but to the thousands of people affected by neurological conditions who each year trust us to help them pick up the pieces and rebuild their lives.” 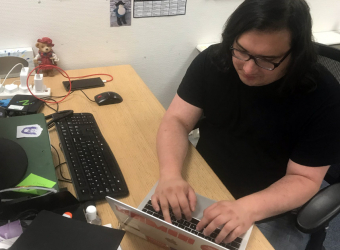 Grants and trusts: what are they, and how does The Brain Charity use them? 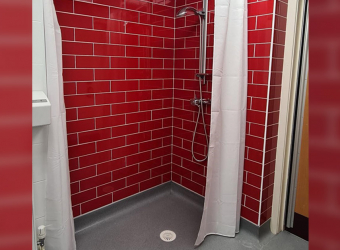 Clients can now use the shower room for personal care whenever they need to. 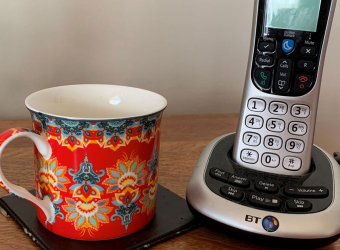 Receive a weekly call from a volunteer.